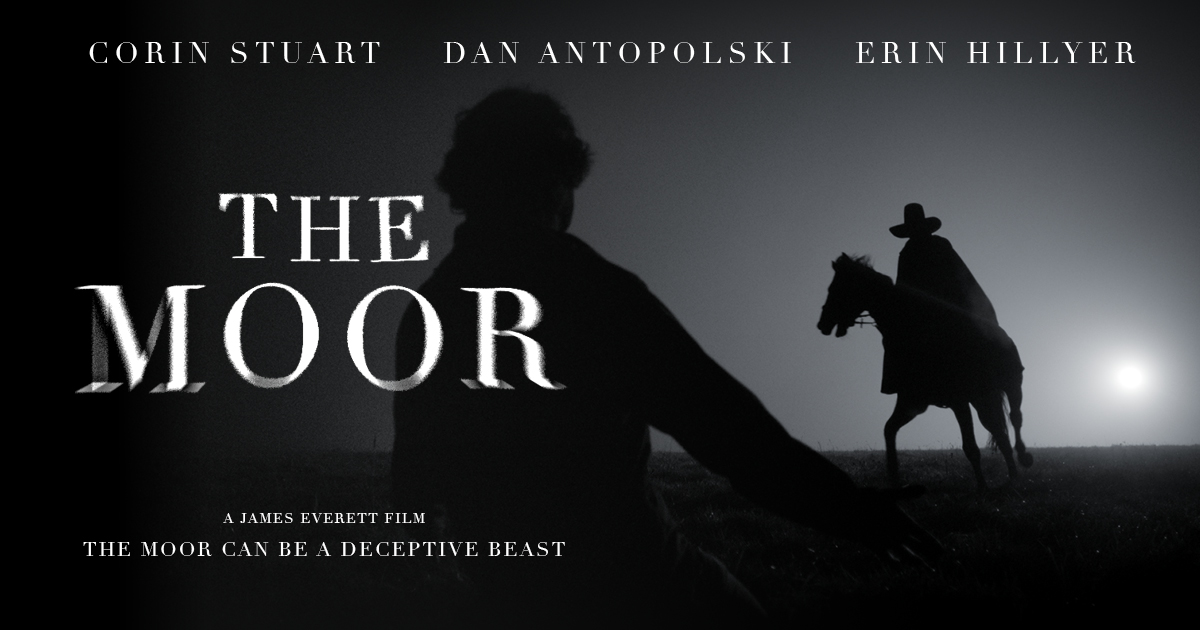 The Moor is a horror film, but more specifically, it is a folk horror and must be viewed with this in mind.

The significance of the May Day celebrations and search for a little girl is without a doubt the most inescapable comparison to The Wicker Man, the most famous of all folk horrors.

The Moor also draws inspiration from early Italian horror maestro Mario Bava – the figure of the black-cloaked huntsman being the most obvious – but moreover the psychological concept of the beast existing nowhere but in the mind of the protagonist.

Written and Directed by James Everett

A man takes his daughter to the moor for a day out but when she disappears he becomes convinced she's been snatched by a mysterious huntsman. As he searches for her his journey becomes a psychological battle between his mind and the moor.

The moor can be a deceptive beast